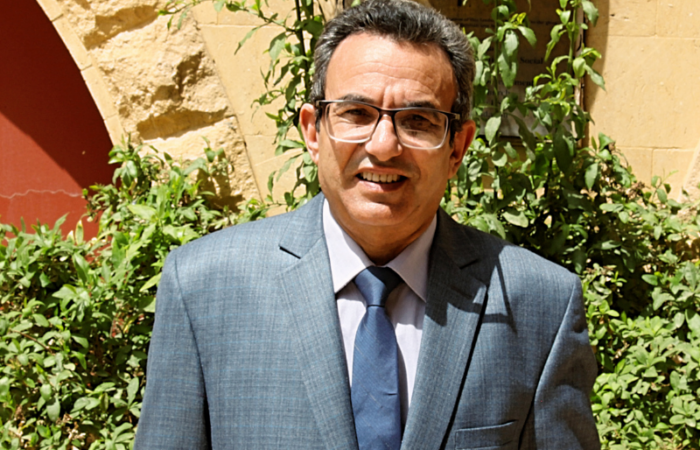 Samuel was born in Suhag, in Southern Egypt in 1963. He grew up attending a village church several times a week. At the age of 15, he moved from the rural village to the urban area of Port Said next to the Suez Canal, where he became more actively involved in ministry, and where a small group of peers affirmed his gifts and encouraged him to consider a future full-time ministry. But it was not until he was 18 years-old when he first sensed God’s call to this service. Upon completion of his secondary education, Samuel enrolled in the four-year Bachelor of Theology program at the Evangelical Theological Seminary in Cairo (ETSC). There he learned many skills through his studies, but it was the lives and ministry of some of his teachers that shaped him even more. Following seminary, Samuel entered the pastorate in 1986 in the First Presbyterian Church in Al-Tayeeba, a village in Upper Egypt, where he was ordained in 1987, and served until he joined the teaching staff at ETSC in 1992. God blessed his ministry in Al-Tayeeba Church with tremendous growth very quickly as he trained church leaders, and as he gained significant practical experiences, which has in turn greatly informed his teaching of courses on pastoral care and counseling at the seminary.
He married Amgaad Samuel in 1990, and has a son and a daughter, Rofy is 26 years- old, and Lora is 20 one years-old.

Ministry Engagements outside of ETSC:
Lay-people Training in Presbyteries (since 2004)
Continuing Education for pastors (since 2004)
Teaching at Catholic Seminary (Principles of Counseling and Family Counseling, since 2011)